The semi-empirical mass formula is a phenomenological model describing nuclear binding energies with high accuracy. We present different realizations and applications of this model based on 3D-printing and computergraphics. A central new contribution is a visualization not only of the energy landscape provided by the semi-empirical mass formula, but also a comparison with actual experimental data. Our visualization of the difference energy landscape reveals limitations of the phenomenological model, and at the same time shows the special importance of the so-called magic numbers which have been introduced much later than the liquid drop model within the more sophisticated shell model, providing an excellent opportunity to discuss limits of models in general in the context of physics education.

In the open access article Hein Miriam, Pusch Alexander, Heusler Stefan. (2022). Modeling in nuclear physics: a visual approach to the limitations of the semi-empirical mass formula. European Journal of Physics, 43(3), 1-8. doi: 10.1088/1361-6404/ac4d7c.  wie present the theoretical backgrounds an discussion about the model. 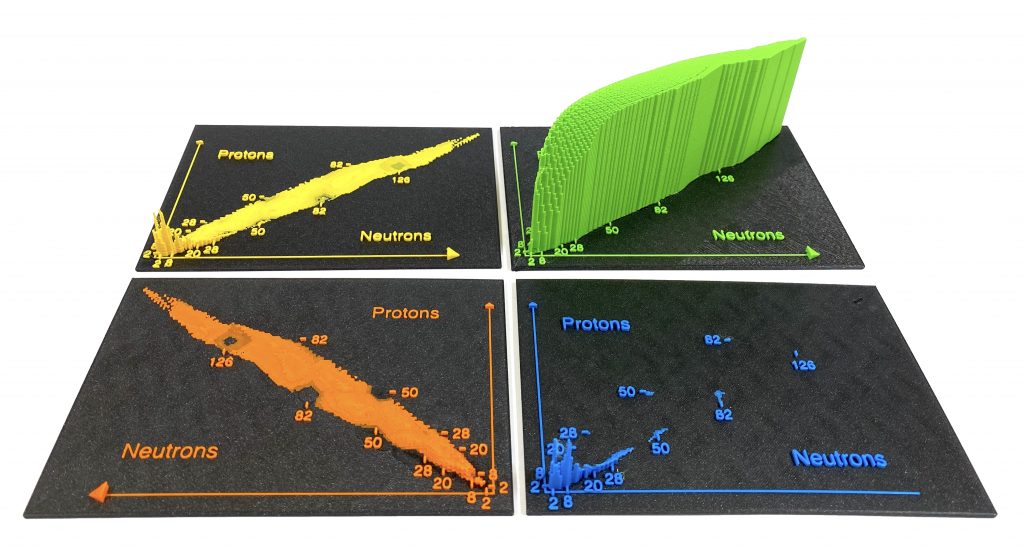